Bill Earned His Black Belt In Tae Kwon Do

It is one of his honors he still holds true to his heart.

The first time he tested for his Black Belt he missed one of the kicks and had to wait another two months to test again.  During that time, Bill trained harder than he had ever trained before.  This time, he nailed every part of the test and was awarded his Black Belt.

"It doesn't matter how many times you get knocked down,

what matters is how many times you get back up!" 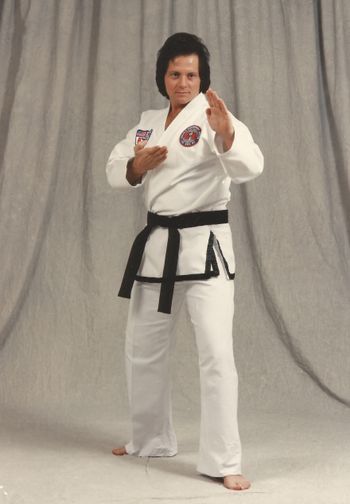 Bill After Earning His Black Belt 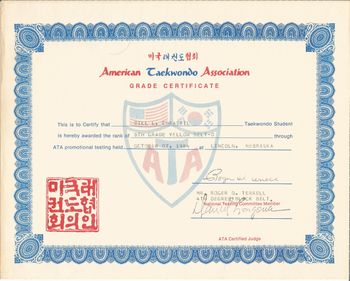 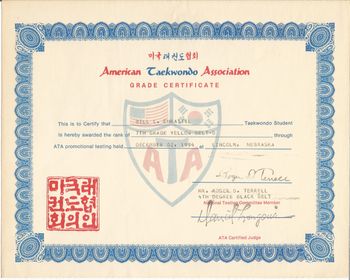 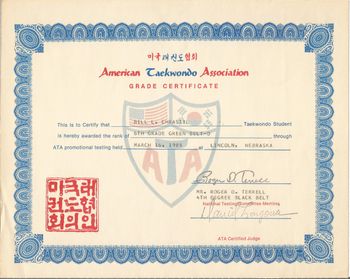 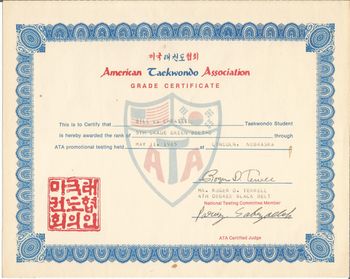 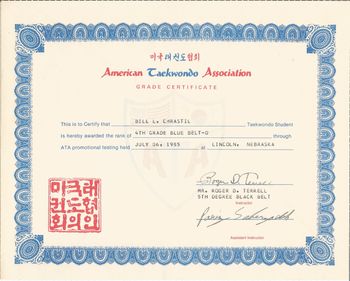 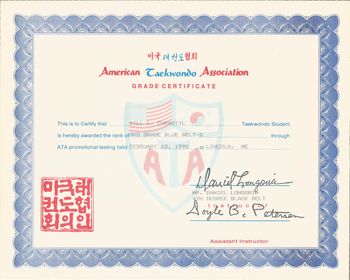 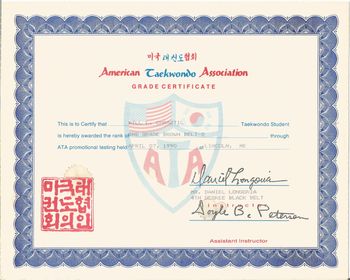 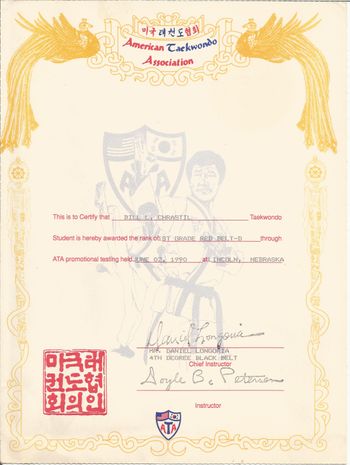 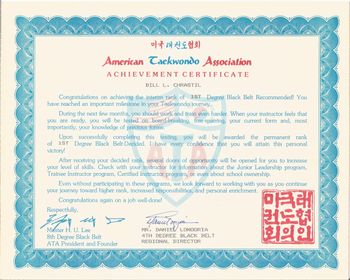 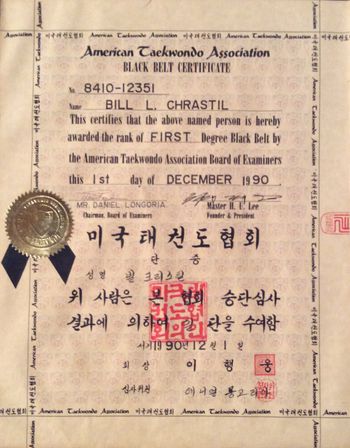 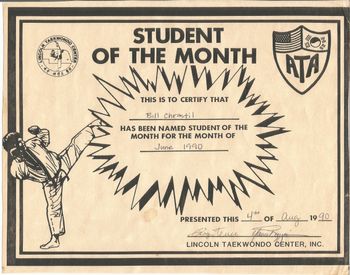 Student Of The Month 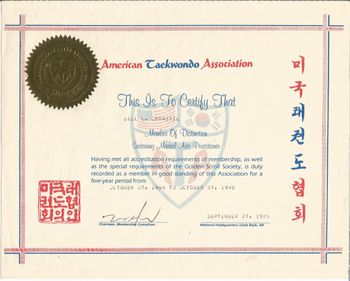